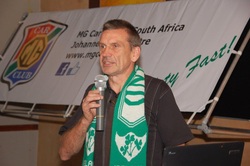 Terence & Geoff tell us all about their JoLon Hillman Imp adventure through Africa & Europe for the Imp’s 50th anniversary celebration. Read More about their trip...

The youth program members at the Noggin 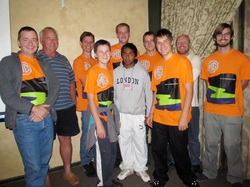 Congratulations to the Jo'burg prize winners 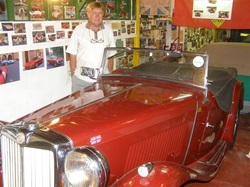 In 1969 I was approached by Norman Ewing with a view to forming a
T-Register MG Car Club.  I wrote to Harvey Thomas, Motoring editor of The Star and he advertised that a meeting of interested parties would be held at the Six Gun Steak House in Balfour Park. That was in June 1969.

Over 45 people and MGs pitched and with the variety of MG types present it was decided that a full blown MG Car Club be  formed.

At the next meeting that July at Baragwanath Aerodrome, the MGCC affiliated to the MGCC of Great Britain was launched.

The committee consisted of Keith Burton  Norman Ewing, Stuart Battison, Ruth Whytock and myself. Members I recall at the time were Phil Howie, Joe Carpenter and Jacques de Beil.  Under the inspired enthusiasm of Norman Ewing the Club expanded dramatically and the result is the successful MGCC in existence today.